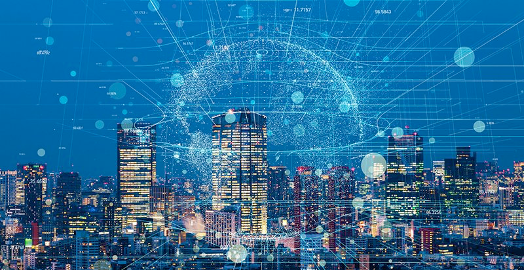 The academic literature on EMF exposure effects and 5G in particular is growing rapidly. Some research papers support possible health risks, while others do not. This is a quote from a briefing to the European Parliament on ‘The effects of 5G wireless communication on human health’. Here follows the summary of this briefing and some more technical quotes.

The fifth generation of telecommunications technologies, 5G, is fundamental to achieving a European gigabit society by 2025. The aim to cover all urban areas, railways and major roads with uninterrupted fifth generation wireless communication can only be achieved by creating a very dense network of antennas and transmitters. In other words, the number of higher frequency base stations and other devices will increase significantly. This raises the question as to whether there is a negative impact on human health and environment from higher frequencies and billions of additional connections, which, according to research, will mean constant exposure for the whole population, including children. Whereas researchers generally consider such radio waves not to constitute a threat to the population, research to date has not addressed the constant exposure that 5G would introduce. Accordingly, a section of the scientific community considers that more research on the potential negative biological effects of electromagnetic fields (EMF) and 5G is needed, notably on the incidence of some serious human diseases. A further consideration is the need to bring together researchers from different disciplines, in particular medicine and physics or engineering, to conduct further research into the effects of 5G. The EU’s current provisions on exposure to wireless signals … is now 20 years old, and thus does not take the specific technical characteristics of 5G into account.” End of Summary.

Some more updates and technical quotes from this briefing:

The WHO14/International Agency for Research on Cancer (IARC) classified radiofrequency EMF as possibly carcinogenic to humans in 2011. The IARC has recently prioritised EMF radiation for review in the next five years (2020-2024).

A section of the scientific community – mainly doctors and researchers in medical sciences – argues that there are negative impacts from EMF exposure and that these will increase with the implementation of 5G. A 5G appeal was presented to the United Nations in 2015, and to the European Union from 2017, with an increasing number of scientists’ signing (268 scientists and medical doctors as of 18 December 2019). The signatories state that with the increasingly extensive use of wireless technology, especially when 5G is deployed, nobody could avoid exposure to constant EMF radiation because of the huge number of 5G transmitters with an estimated 10 to 20 billion connections (to self- driving cars, buses, surveillance cameras, domestic appliances, etc.). In addition, the appeal states that a large number of scientific publications illustrate EMF exposure effects such as an elevated risk of cancer, genetic damage, learning and memory deficits, neurological disorders, etc. The appeal points out not only harm to humans, but also to the environment.

The appeal recommends a moratorium on the deployment of 5G for telecommunications until potential hazards for human health and the environment have been fully investigated by scientists independent of industry. They urge the EU to follow Resolution 1815 of the Council of Europe, and demand that a new assessment is carried out by an independent task force.

In this regard, some scientists consider it necessary to establish new exposure limits that take account of the new characteristics of exposure. Such limits should be based on the biological effects of EMF radiation, rather than on the energy-based specific absorption rate.

Non-ionising radiation, which includes radiation from mobile phones and 5G, is perceived as harmless in general, due to its lack of potency. However, some of the above-mentioned scientists point out that, in the particular case of 5G, the issue is not the potency but the pulse, the frequency to which the whole population will be exposed due to the dense network of antennas and the estimated billions of simultaneous connections. As 5G employs a very high level of pulsations, the idea behind 5G is to use higher frequencies, which allows such high levels of pulsation, in order to carry very large amounts of information per second. Studies show that pulsed EMF are in most cases more biologically active and therefore more dangerous than non-pulsed EMF. Every single wireless communication device communicates at least partially via pulsations, and the smarter the device, the more pulsations. Consequently, even though 5G can be weak in terms of power, its constant abnormal pulse radiation can have an effect. Along with the mode and duration of exposures, characteristics of the 5G signal such as pulsing seem to increase the biologic and health impacts of exposure, including DNA damage, which is considered to be a cause of cancer. DNA damage is also linked to reproductive decline and neurodegenerative diseases.

A 2018 review of more recently published peer-reviewed articles on the biological and health effects of radio frequency EMF, including 5G, also verifies the available evidence on the effects of millimetre waves. The review concludes that evidence of the biological properties of radiofrequency EMF are accumulating progressively and even though they are, in some cases, still preliminary or controversial, point to the existence of multi-level interactions between high-frequency EMF and biological systems, and to the possibility of oncological and non-oncological (mainly reproductive, metabolic, neurological, microbiological) effects. Moreover, it points out that the wide and increasing density of wireless devices and antennas raises particular concerns. Taking this into account, ‘…although the biological effects of 5G communication systems are very scarcely investigated, an international action plan for the development of 5G networks has started, with a forthcoming increase in devices and density of small cells, and with the future use of millimetre waves’. However, there are indications that millimetre waves can increase skin temperature, promote cellular proliferation, and inflammatory and metabolic processes. According to the review, further studies are necessary to improve independent exploration of the health effects of radio frequency EMF in general and of millimeter waves in particular.

Far less research exists to determine the effects of 5G technologies on humans and the environment, according to another review of studies published in 2018. Considering the already existing complex mix of lower frequencies, it argues that in addition to those, the expected higher frequency 5G radiation would cause negative impacts on physical and mental public health. Concretely in the case of millimetre waves, it analyses the results of studies which find effects on the skin, eyes, and immune system, and bacterial antibiotic resistance. The review suggests that the effects of radiofrequency EMF will be problematic to sort out epidemiologically, as no unexposed control group will remain. The study consequently calls for precaution in the deployment of this new technology. The author argues that while physicists and engineers give assurances that the only measure to harm health is heat, medical scientists indicate that there are other mechanisms whereby cellular functioning can be disrupted by non-thermal exposures to radiofrequency.

A 2018 study carried out on animals, showed that electromagnetic radiation emitted by wifi networks can lead to hyperglycaemia, increased oxidative stress and impaired insulin secretion in rat pancreatic islets. A method of creating diabetes (which can lead to kidney deficiency in the long term) in laboratory rats is to expose them, even briefly, to 2.4 GHz.

Italian Falcioni et al. study, which analyse the relationship between radio wave exposure and schwannoma of the heart in male rats. The report concludes that there is some inconsistency in the results between the two studies and that no new causal relationship between EMF exposure and health risks was established. It recommends that further research is important, particularly regarding long-term effects and especially since the entire population will be exposed. It points out that a possible relationship between radio wave exposure and oxidative stress should be a subject of further research, as well as the association between weak low-frequency magnetic fields and childhood leukaemia, as observed in epidemiological studies.

The scientific community reaction in response to this report, is illustrated in the recent ‘Commentary on the utility of the National Toxicology Program study on cell phone radiofrequency radiation data for assessing human health risks despite unfounded criticisms aimed at minimizing the findings of adverse health effects.’ The author states that the NTP study was designed to test the hypothesis that, at non-thermal exposure intensities, mobile phone radiation could not lead to adverse health effects, and to provide data for assessment of health risks caused by any detected toxic or carcinogenic effects, as little was known about long-term exposure to mobile phone radiation health effects. Regarding the NTP study results, among others, the author defends the use of animal studies that can eliminate the need to wait until enough human cancer data are available before implementing strategies to protect public health. According to the author, the intensity of exposure in the brains of rats in the NTP study were similar to potential human mobile phone exposures. 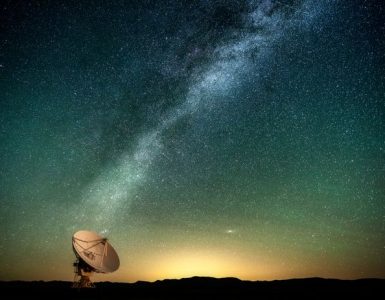 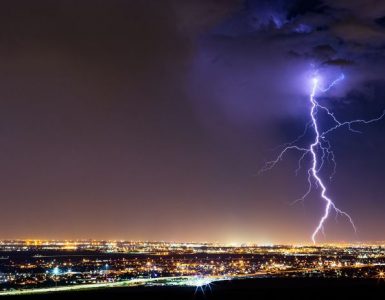 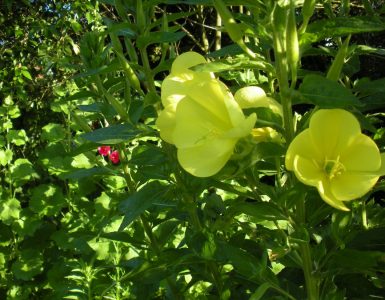 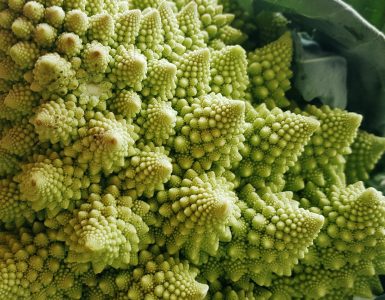 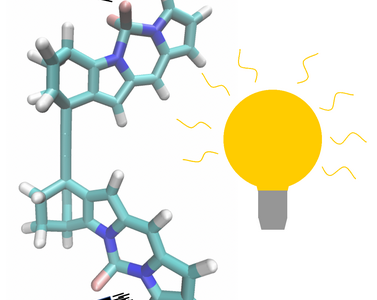 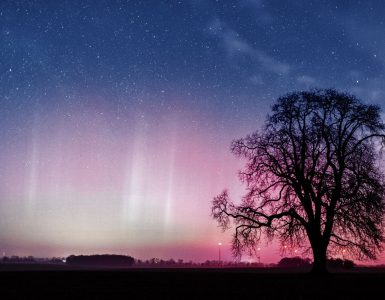 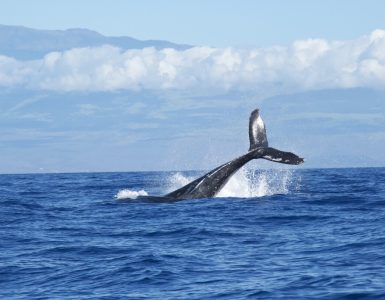